You have to know about this historic landmark – and be looking for it – or you’ll miss it altogether.
North of Pierre, SD, on Hwy 1806 is a field containing the remains of the landing strip that Charles Lindbergh used to visit Pierre, not long after his incredible transatlantic flight in May, 1927. Lindbergh landed here in September of that same year, as part of a tour all 48 state capitals, which he used to promote aviation in general and its future in particular. Some of his comments were quite prophetic, as can be seen on the Historic Marker.
The site later became Pierre’s commercial airport for over a decade, and the historic hotel where Lindbergh stayed is still in use in Pierre.
Read More 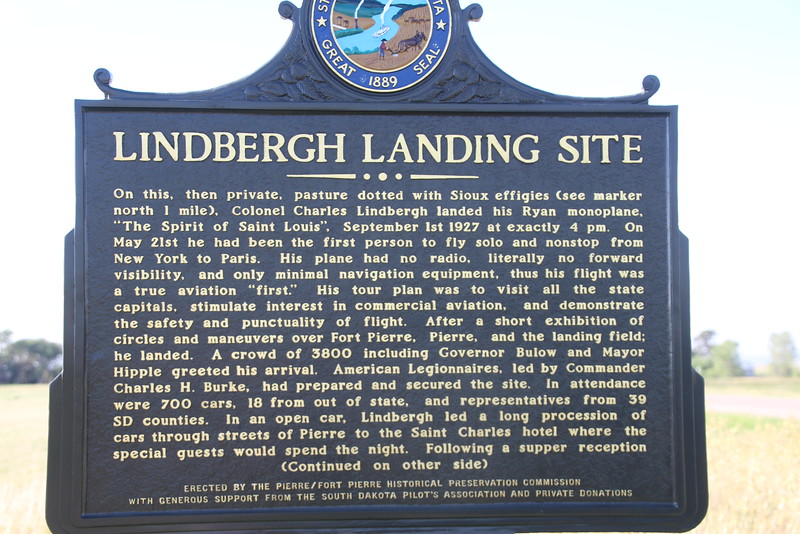