Led and enabled by Butch Bouvier and Shirley Enos, a hardy band of Lewis and Clark re-enactors recaptured the Corp of Discovery's spirit during the week of Sep 30 - Oct 5, 2018. The event was entitled THE RETURN OF THE WHITE PIROQUE 2, and what an event it was!!

The weather was NOT cooperative, but the trip was a HUGE success as hundreds of school children and adults along the Missouri River learned about Lewis and Clark and their ground-breaking trip in the early 1800s.

This gallery contains SOME pictures of three stops along the way. These are fairly random and are not edited much, if any (that may come later), but they will give a small flavor of the Adventure.

The majority of the pictures (down to the cannon firing) were taken on a gloomy day in Springfield, South Dakota. SO GLAD I was here, as it turned out to be the last place the boat was actually on the River.

The next few shots are taken on a sunny-but-cool afternoon in Yankton, SD, and the last three shots (FINALLY a picture of Shirley!!) were outside Vermillion, SD on a rainy evening, which still featured hardy visitors! 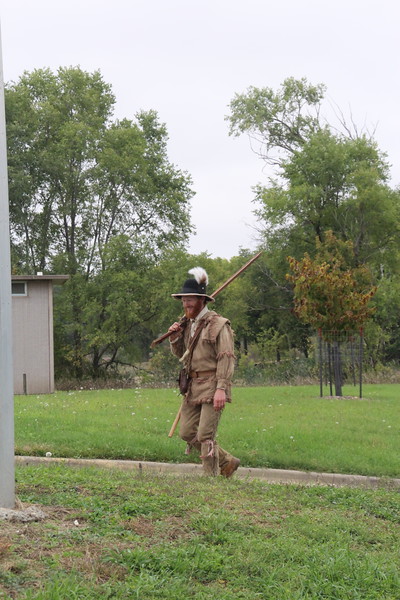